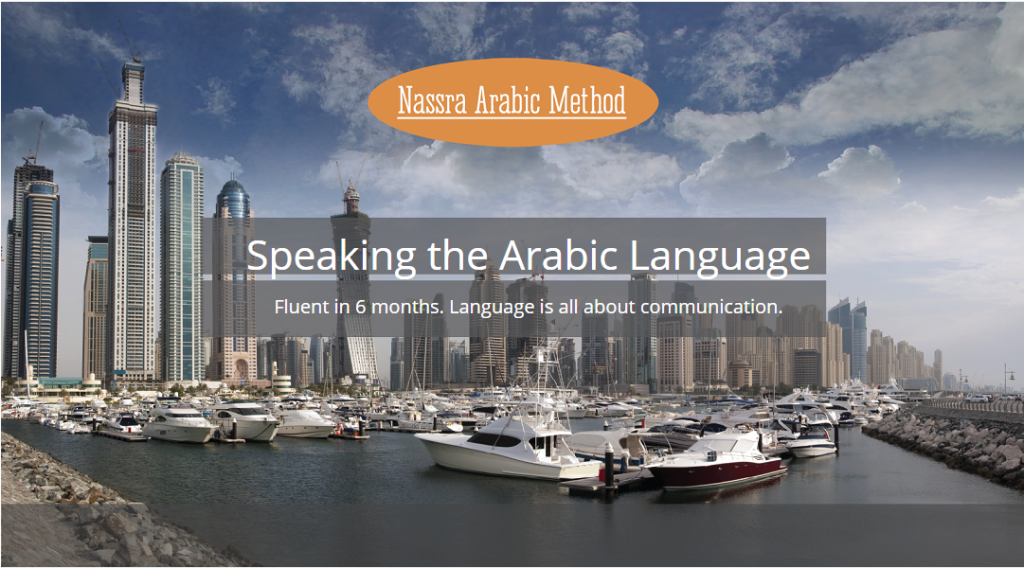 Learning any language is an enriching and rewarding experience. Traveling around the world will allow you to literally immerse yourself in a culture, but in order to truly appreciate other cultures, you have to appreciate their language. The two most common motivators for people to learn a language are, first of all, practical considerations, and secondly, in order to learn more about the culture.

For example, if you have a plan to go on a gap year and will need to learn the language of the place you’re going to, this is an example of a practical language exercise full stop. On the other hand, someone whose parents speak Arabic, but who themselves grew up speaking only English, may want to learn the language as a means of engaging with their own heritage and ancestry.

Whatever the reason, there is an increasing number of people wanting to learn Arabic across the world, and in order to do this most people are choosing online courses such as The Nassra Arabic Method. Given the prominent role that the Arabic speaking world now plays in business, finance, and a variety of industries, as well as its status in important tourist destinations, learning Arabic Online is becoming quite a popular choice.

In terms of number of speakers, Arabic is one of the most widely spoken languages in the world. An entire region of the Earth, the Middle East, is fluent in some form of Arabic. Many people who are often travelling the world will find learning Arabic very beneficial to them. The Nassra Arabic course can be particularly convenient for people in this situation, as they offer lessons in many areas across the world such as London, New York, and Dubai.

One of the main reasons people may need to become familiar with the Arabic language is for business reasons. Maybe you are planning on visiting the Middle East for a short business trip, or are planning to relocate permanently for your job; whatever the reason, through the Nassra Arabic Method, you will be able to focus particularly on business Arabic, as well as different Arabic dialects that are specific to the area you plan to visit.

Those who have an interest in religion or literature will want to read the Quran at some point in their lives. While you can read a translation, in order to truly appreciate the text, you could consider reading it in its original language.

One of the great things about the internet is how it has made learning much more accessible. The fact that anyone who wants to can now go online and enrol in an online Arabic course is quite amazing. Choosing to learn Arabic online means that you can fit it around your day to day life, including work and other commitments.

However, while the internet has certainly given those who want to learn a language many more options, in some ways it has perhaps given them too many options. After all, with so many different services, all offering to do more or less the same thing for you, how are you to pick the right one?

Once you begin to look into learning Arabic online, one of the first things you’ll notice is that there are many different Arabic dialects. Among these is Levantine Arabic which is the most popular and probably the most useful to learn. However, if you are planning a trip to the Middle East, check which dialect is most prevalent where you will be visiting.

Whichever dialect you intend to learn, and for whatever purpose, the Nassra Arabic method not only makes learning the language that much easier, it is also a versatile method. Consequently, we offer courses which are tailored towards specific goals, such as media and political courses.

There a number of reasons to learn Arabic. Whatever the reason for your interest, the Nassra Arabic method can help you to achieve your goal quickly, without sacrificing the quality of the learning received.