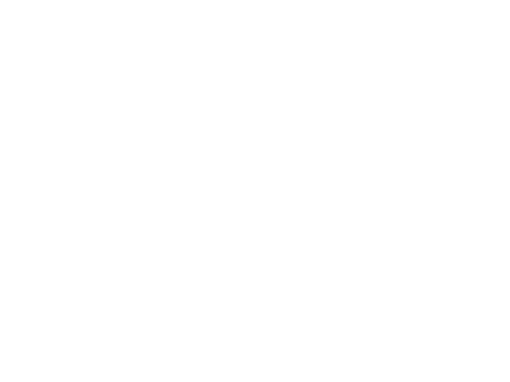 What is yours? What would you like it to be?

Hello, This is my story…

I feel protective towards the Arabic Language. Arabic is almost a physical thing to me, like an ancient monument and like our monuments, it needs to be protected, to be treasured as it is inter-twined with the Arabic culture and who we are as a people.

This is my story, my history with the ancient language of Arabic, both as an Arabic Language educator and the owner of a successful Arabic Language school in London; providing tuition and support to students of all backgrounds from diplomats to people who have fallen in love with the language for one reason or another.

There’s a story behind the motivations for all those who decide to learn Arabic, mine started when I first learnt to talk and of course it became my primary vehicle of communication.

Like all children, I learnt the language in a way that you might learn a new song copying my parents’ voices, watching their faces, how their lips moved to produced a myriad of sounds local to my home town of Damascus. Learning was instinctive, using my ears as I tried to replicate what I’d heard around me.

Our language is divided into 2 distinct forms. Both have their place in our society and histories, which stretch back thousands of years. The first is the language of everyday communications, the dialect that we learn from childhood, varying from region to region and the second Modern Standard Arabic, used in formal situations, when writing a business, letter for example.

It all started 15 years ago. At aged 19, I didn’t speak English, so music was the language through which I reached out in my imagination to other young people my age across the World. I

played it all day, everyday. It was a joyful. I wanted to surround myself with it and with no clear career path mapped out in my life, I decided to have a good time whilst I waited for inspiration and founded a music shop in one of the back streets of the ancient city of Damascus. I am embarrassed to say that I shook up the Neighborhood as music rang out day and night from my shop. I had many visitors and a wonderful social life.

It was a German tourist, a visitor to that shop, who changed the course of my life. One late Sunday afternoon he hovered nervously outside, for what seemed like hours and then plucked up the courage finally to enter.

The nervousness was catching. Was he coming in to listen to music, maybe buy a CD? Why had he hesitated so long before entering my shop? Then he stood in front of me, a menacing 6ft 5 inches with a blond ponytail and took a deep breath and I thought oh my goodness what is going to happen now?

It took all my will power not to run and later not to laugh. He produced what I can only describe politely as an original sound. Definitely, not my kind of music! Imagine Shakespearean English spoken with a South German accent and you would be close to the sound he produced. He spoke Modern Standard Arabic (MSA), classical Arabic, with a heavy Bavarian accent.

I tried my utmost to persuade him to buy one of my music CD’s and to keep a straight face whilst he produced his sound but gave up after half an hour and sat down with him to smoke shisha and let him talk at me and confessed as to why I had a broad grin on my face.

He told me about his travels, how he’d visited London, a place I had longed to visit maybe even live one day. I concentrated hard to try to understand him and was able to make out that he’d been to British Museum, HMV, a famous record shop now closed and Hyde Park.

Although I loved talking to the German tourist, it was exhausting because I had difficulty understanding him. After a grueling 2 hours, I made my excuses and closed the shop for the day. I let my new Bavarian friend know that he was welcome to come back any time to practice Arabic and to my surprise he was there the next day, this time with a broad confident smile on his face! Word spread and more Arabic language students followed.

It seemed that all foreign students learning Arabic had learnt that there was someone waiting to listen and talk to them within the walls of a tiny dusty music shop in a backstreet in Damascus. Although, I was happy to do this, I just couldn’t go on letting these students speak in a way, which is not the language of day-to-day communication in the Arabic world and that is where a career and my mission to bring the Arabic of our people to those learning the language started.

My reputation grew, l learnt English through my contact with all of the students and I found myself in at the center of a teaching movement. What I’d created was a place where people wanted to hang out, spread out on colorful cushions and Arabic carpets, drink tea, smoke shisha and talk and get close to a different kind of music – the language of Arabic. I had created an Arabic Language Salon.

Not only did that German tourist open a pathway for other students, he gave me and later my brother a map, for my life, the way sometimes strangers do by a chance encounter.

I have been an educator for over a decade now. The truth is, no one in the Arab world speaks Modern Standard Arabic. Whilst, you might encounter it in formal situations, speeches, newspapers and television news. People speak in dialects to communicate with family, friends and colleagues. Realistically, my students needed to be learning spoken Arabic as a priority, not MSA.

So, I started to teach Spoken Arabic. But I encountered challenges. As far as I could see there were no teaching materials to support spoken Arabic language lessons. The only books available were based on MSA. It was no surprise, therefore that Arabic teachers only taught MSA!

Within 3 years I had written the first Spoken Arabic language grammar book for Levantine Arabic and later went on to produce Arabic Language textbooks, a complete dictionary and extensive audio material across all major Arabic Language dialects.

My system has been tested on hundreds of students with excellent results and caters to levels beginner to advanced. It has helped make our spoken language and therefore our people more accessible. What’s even more exciting, students have progressed rapidly and are often proficient in 5 months!

Once the important materials had been developed; the natural progression was to set up an Arabic language school in London, of course it had to be London as it had always been my dream to end up there. From the beginning the school has provided face to face Arabic courses in London as well as online resources to students learning Arabic further afield: and whilst we focus on

the Arabic dialects we have university lecturers who teach MSA to university level and beyond, as we recognize that there are instances in which students need to understand MSA.

My school has now risen to become the number 1 specialist school for providing Arabic classes, both Arabic dialects and MSA in the UK. I still teach and have personally dedicated myself to teaching and championing only Spoken Arabic and developing my teaching system and am one of the foremost experts in teaching this method.

This is my story, my history with the Arabic Language so far. What is yours? What would you like it to be?